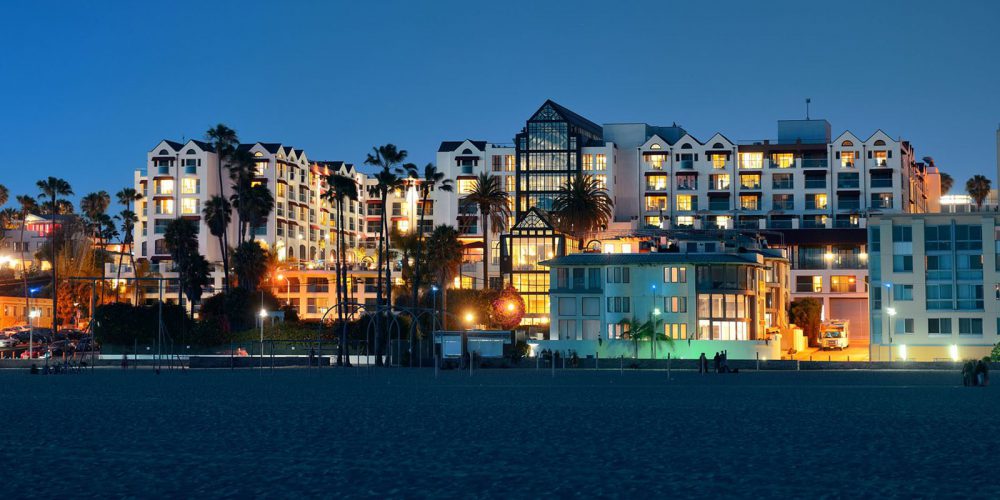 Santa Monica is a beachfront city in western Los Angeles County, California, United States. Situated on Santa Monica Bay, it is bordered on three sides by the city of Los Angeles – Pacific Palisades to the north, Brentwood on the northeast, Sawtelle on the east, Mar Vista on the southeast, and Venice on the south. The city has experienced a boom since the late 1980s through the revitalization of its downtown core, significant job growth and increased tourism. The Santa Monica Pier remains a popular and iconic destination.

The Santa Monica Looff Hippodrome (carousel) is a National Historic Landmark. It sits on the Santa Monica Pier, which was built in 1909. Santa Monica has three main shopping districts, Montana Avenue on the north side, the Downtown District in the city’s core, and Main Street on the south end. Each has its own unique feel and personality. Palisades Park stretches out along the crumbling bluffs overlooking the Pacific and is a favorite walking area to view the ocean. It includes a totem pole, camera obscura, artwork, benches, picnic areas, pétanque courts, and restrooms. The Santa Monica Stairs, a long, steep staircase that leads from north of San Vicente down into Santa Monica Canyon, is a popular spot for all-natural outdoor workouts. Natives and tourists alike have enjoyed the Santa Monica Rugby Club since 1972. The club has been very successful since its conception, most recently winning back-to-back national championships in 2005 and 2006.

The city has a bike action plan and recently launched a bicycle sharing system in November 2015. The city is traversed by the Marvin Braude Bike Trail. It has received the Bicycle Friendly Community Award (Bronze in 2009, Silver in 2013) by the League of American Bicyclists.

Find Your Way Around Santa Monica